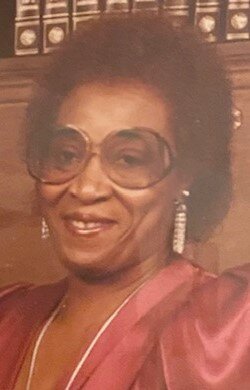 Please share a memory of Pearly to include in a keepsake book for family and friends.
View Tribute Book
Pearly Mae Floyd-Hopkins A pearl is said to be a metaphor for something rare, fine, admirable, and valuable…. that is Pearly Mae. Pearly Mae was born in Ozan Arkansas, on May 29, 1938. She was the tenth child born to Reeder and Rose Hopson. Although Pearl was the baby of the ten girls, her sister Ardean remembers her as always wanting to be in charge of everything, and she was. Pearl received her education in Arkansas and graduated from Clow High School in Clow Arkansas. Pearl was raised in a warm, loving Christian home, and she enjoyed being around her family. Pearl left Arkansas in 1956 and moved to Denver where she married the late Eugene Floyd. Years later the marriage was dissolved. To this union two children were born, Herman and Clover Floyd. Soon after moving to Denver, she joined Cleaves CME Church where she remained a member. She raised her children in the church according to scripture, “as for me and my house, we will serve the Lord.” She loved her church and was dedicated to the usher board and rarely missed a Sunday to usher. She also helped with special services and events. Pearl was a hard worker. She did housekeeping for the Luby family (Luby Chevrolet), the Holiday Inn, and cleaned planes at Continental Airlines. We will NEVER forget the many, many years of getting up EARLY in the morning for that dreaded Denver Post paper route that at some point everybody played a part in. Her best job of all, was at the Piccadilly Restaurant, where she met the love of her life, Charlie, and the rest is history. Pearl lived to cook and was always in the kitchen with an apron on. You could not go into her kitchen to cook without putting on an apron and washing your hands. She was always cooking up something and finding something to celebrate. She found food to match the occasion. Sunday family dinner was special. Everybody from the church knew they could go to Pearl’s house to eat, including the pastor and her dear friends Vivian and Dorothy. She had a way of bringing people together around food. It is said that some things go to the grave with you, and there is truth to that. Pearl took her dressing, potato salad, chicken cacciatore, and salmon croquettes, just to name a few, to the grave. No one could make it like her. Everyone has a bucket list, and one of the things on Pearl’s bucket list was to be a model. She attended Barbizon Modeling Agency where she got a new lease on life. Back then if there had been an America’s Next Top Model, she would have been it. You could not tell her she was not cute, and she was. Pearl had few hobbies and pass times, but she enjoyed word search and crossword puzzles, listening to the blues (BB King, Bobby Blue Bland, and Johnnie Taylor), and drinking Dr. Pepper, Nehi Peach soda, and eating peanut patties. She also enjoyed knitting. Everyone should remember getting a pair of her knitted house shoes. We cannot forget to mention the ginormous Christmas memories. She would buy gifts for everyone she knew, and barley knew. Christmas was a grand production that we will NEVER forget. Among the many other things, we will never forget those long, hot road trips to Ozan Arkansas every August for the family reunion. You did not have to be family to go to the family reunion. If you wanted to go, Pearl made sure you could go. She would sell fish dinners, barbeque dinners, candy, and anything else she could sell to make sure EVERYONE could attend. All you had to do was buy a t-shirt, squeeze into somebody’s car, or the 15-passenger van, and hit the road. Pearl never met a stranger and everyone she met was soon family. When she met you, she adopted you, and took good care of you. Pearl strongly believed; “A family that prays together stays together.” She taught us all that there is no greater love than loving God and family. She lived a life of love. Pearl was preceded in death by her parents, eight sisters, a grandson Kasim Floyd, a granddaughter Ticoa “Cocoa” Brown. She leaves to cherish her memory her beloved husband Charlie Hopkins; children, Herman (Paulette) Floyd, Clover Floyd, Staci Hopkins. Grandchildren, Rosenilyne “Shae-Shae” Hopson, Tamisha “Meme” (Clay) Harris, Anshanita “Nita” (Robert) Peace, Hope Hopson, Genero (Jenelle), Cory Kelly, LaQuanda Ellison, Teresa (Jeff), Shariff Floyd, Stephen Cleckley, Akeemna Ellison, Alicia Hopkins, Jamari Hopkins, and Kai Hopkins. Twenty-four great-grandchildren; and eight great-great grandchildren. One sister Ardean Golston, and many more bonus children and grandchildren, nieces, nephews, and friends.
To send flowers to the family or plant a tree in memory of Pearly Floyd-Hopkins, please visit Tribute Store
Friday
22
July

Look inside to read what others have shared
Family and friends are coming together online to create a special keepsake. Every memory left on the online obituary will be automatically included in this book.
View Tribute Book
Share Your Memory of
Pearly
Upload Your Memory View All Memories
Be the first to upload a memory!
Share A Memory
Send Flowers
Plant a Tree 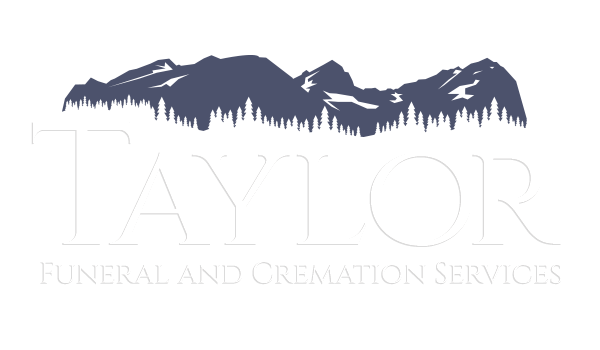